Check out how Monero is handling this bear market: this month's metrics are out. Putting together Coincards usage numbers, as well as Accepted Here total listed merchant stores and the Darknet forum users, we see an interesting picture forming: people keep using Monero. Increase in adoption has lowered its pace for now, however.

Monero had its percentage of usage on Coincards increased, again, from 20% in August to 22% in September, while Bitcoin rose from 42% to 45%. Monero’s long term ascension continues on the bigger picture, and it's still the second most used coin overall. On Coincards USA, Monero had 57% against 26% using Bitcoin, which is almost the same as last month. 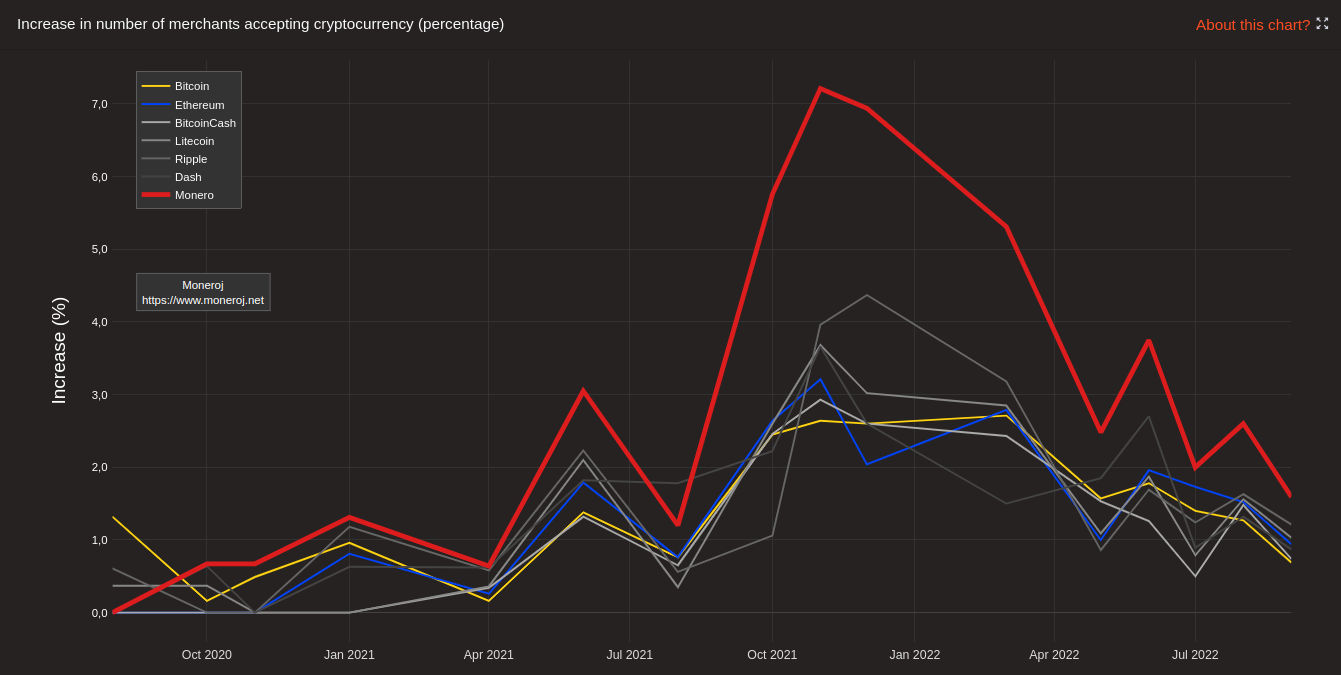 Merchant acceptance keeps growing and Monero is still on 5th place overall, with only Bitcoin, Ethereum, Bitcoin Cash and Litecoin having more adoption (total numbers). This month, it had 5 new markets added, against also 5 for Ethereum and 6 for Bitcoin, so it got 2nd place. The charts show how the bear market is hitting adoption numbers for all coins. Dealing with percentages, Monero was again first, with 1.6% increase against 0.7% for Bitcoin, a tendency which has been persistent since the end of 2020. Monero has seen twice the adoption rate the other coins have. Merchant acceptance is a major indicator that Monero is being used as digital cash, therefore it is absolutely important that community members push internet stores and marketplaces to accept it.

On the darknet nothing has changed. Inside the most important forum available, Dread, Monero reigns supreme, with 8165 subscribers to its ‘subreddit’, against 97 members inside Bitcoin’s. In August there were 8065 members, so it’s a 100 users increase, against only 6 new Bitcoin users. This is consistent with the average of ~ 120 new members each month since the beginning of the year. 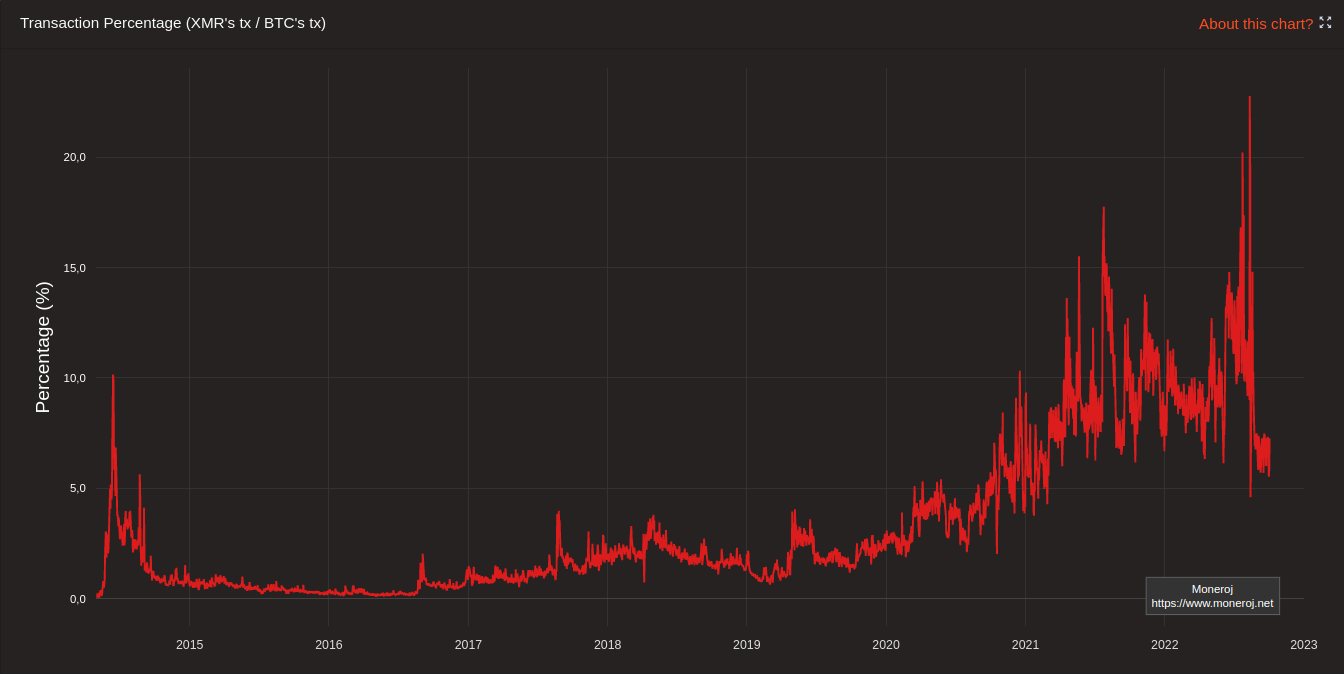 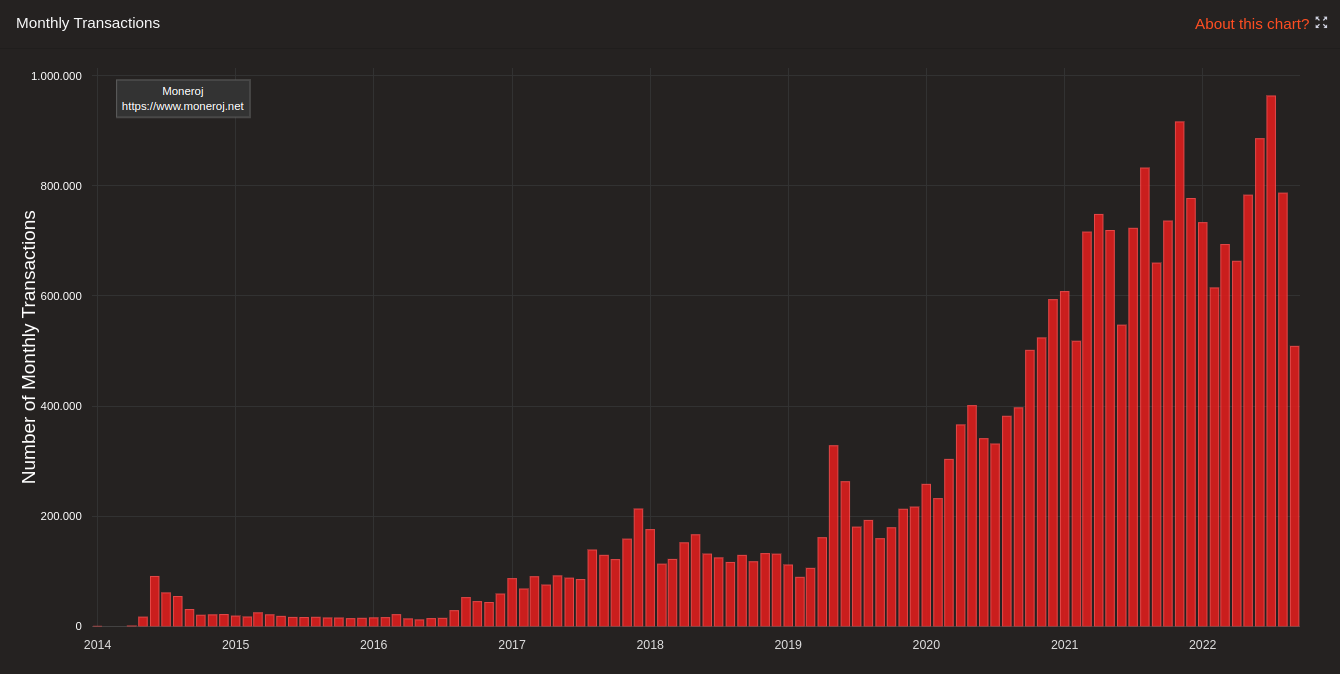 The hard fork was probably somewhat responsible for lowering the total number of transactions this month, since Monero had 508527 transactions, 35% less than in August. There was some discussion on this topic on Reddit, with some members speculating if this wasn't also caused by the end of Minexmr, or perhaps it's just bear market effects, where all cryptos face the same lower demand.