There are some interesting metrics that are collected manually every month on third party websites and updated to Moneroj.net. These metrics revolve around adoption on markets and on the main darknet forum, known as Dread. This report aims to give a quick head’s up about how fast Monero’s adoption has been lately.

Monero had its percentage of usage on Coincards increased, from 19% in July to 20% in August, while Bitcoin rose from 41% to 42%. Monero’s long term ascension continues on the bigger picture, and it still is the second most used coin overall. On Coincards USA, Monero had 56% against 26% using Bitcoin, which is better than last month numbers, when Monero had 52% and Bitcoin 35%. Ethereum usage was 13% overall and only 4% in USA. 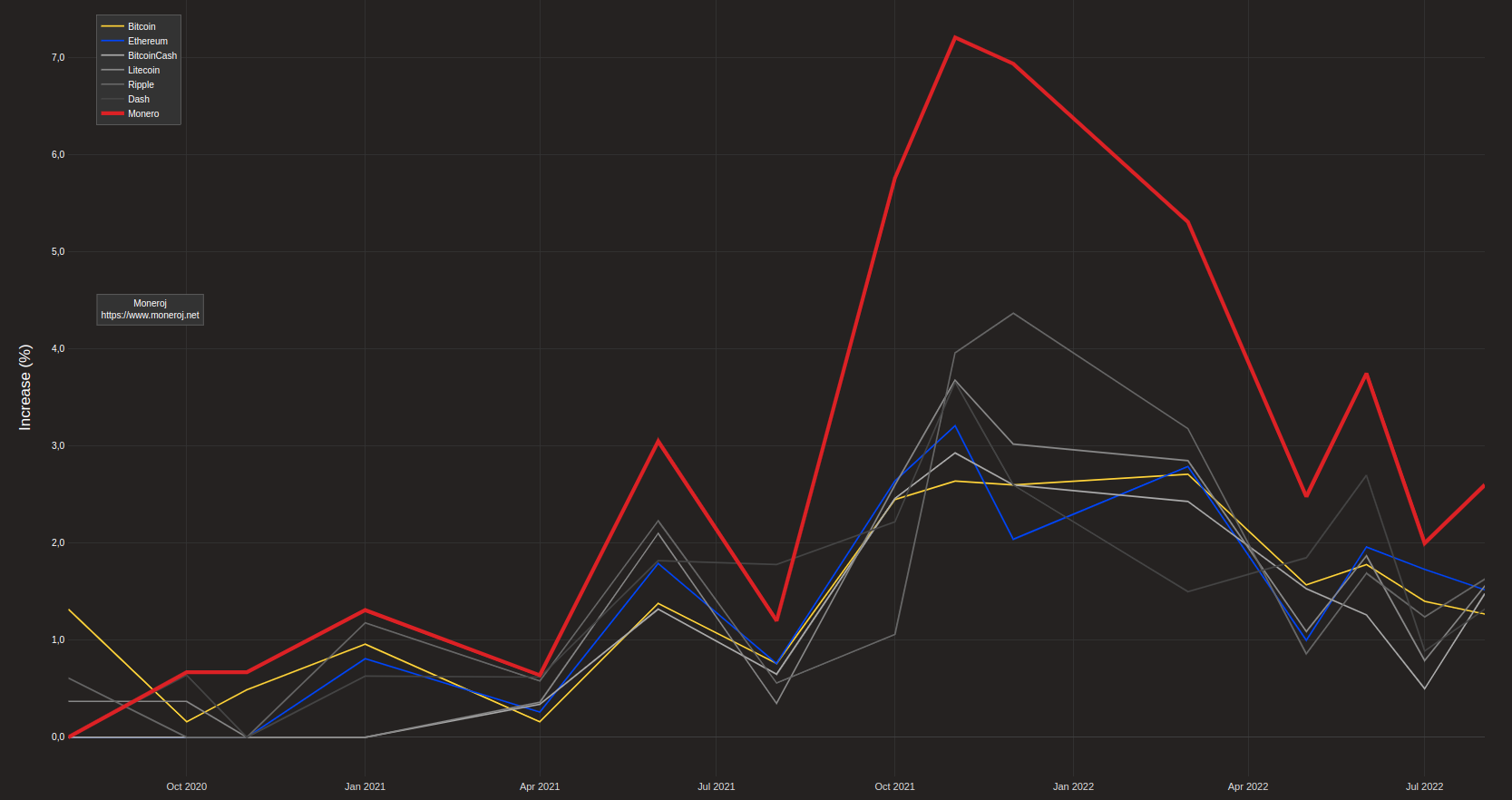 Merchant acceptance keeps growing and Monero is still on 5th place overall, with only Bitcoin, Ethereum, Bitcoin Cash and Litecoin having more adoption (total numbers). This month had 8 new markets added, against 8 for Ethereum and 11 for Bitcoin, so it got 2nd place. Dealing with percentages, Monero was again first, with 2.6% increase against 1.3% for Bitcoin, a tendency which has been persistent since the end of 2020. Monero has seen twice the adoption rate the other coins have. Merchant acceptance is a major indicator that Monero is being used as digital cash, therefore it is absolutely important that community members push internet stores and marketplaces to accept it. 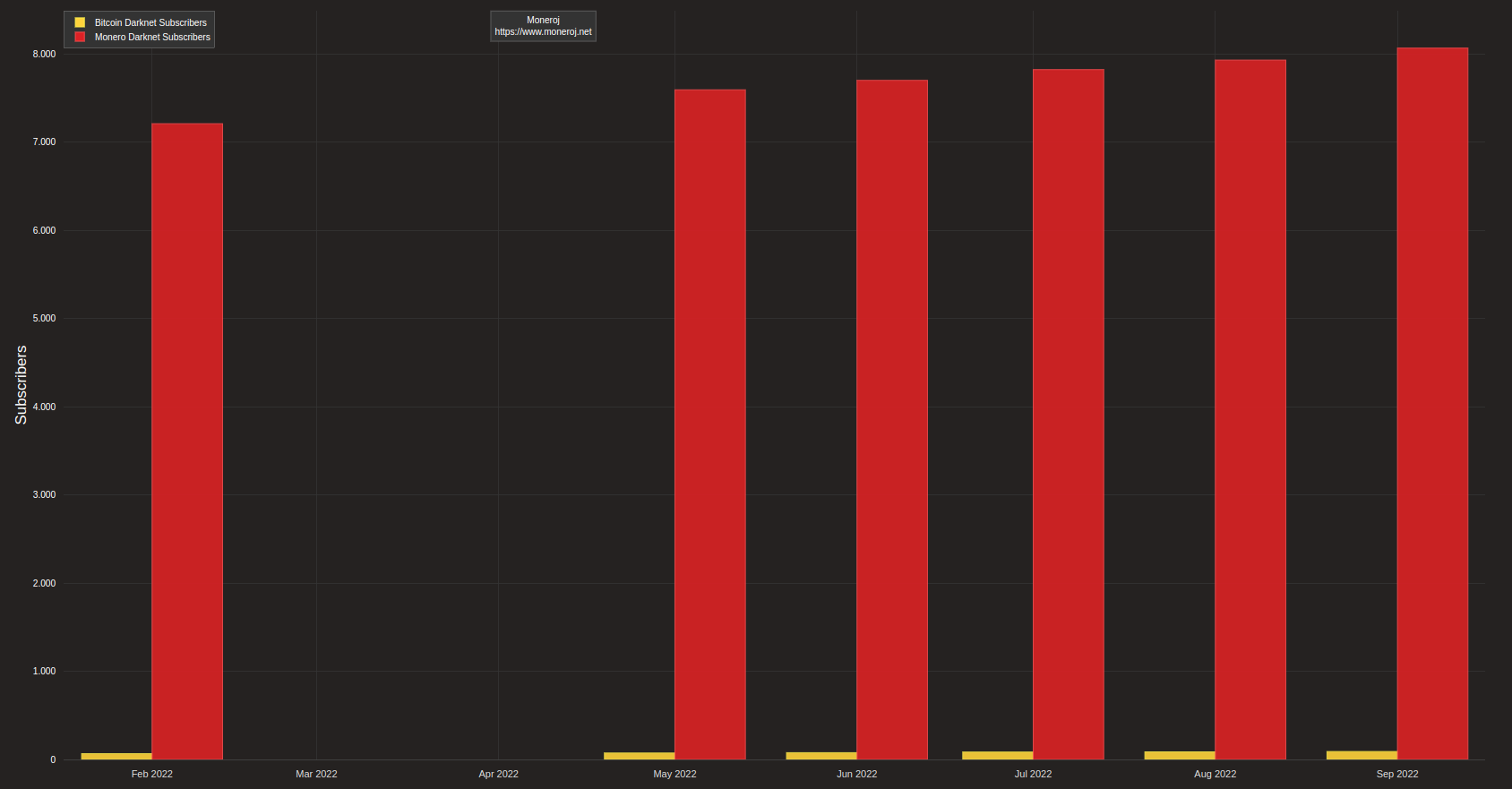 On the darknet nothing has changed. Inside the most important forum available, Dread, Monero reigns supreme, with 8065 subscribers to its ‘subreddit’, against 91 members inside Bitcoin’s. In July there were 7929 members, so it’s a 136 users increase, a 26% increase from the 108 new users it had last month. This is consistent with the average of 120 new members each month since the beginning of the year. 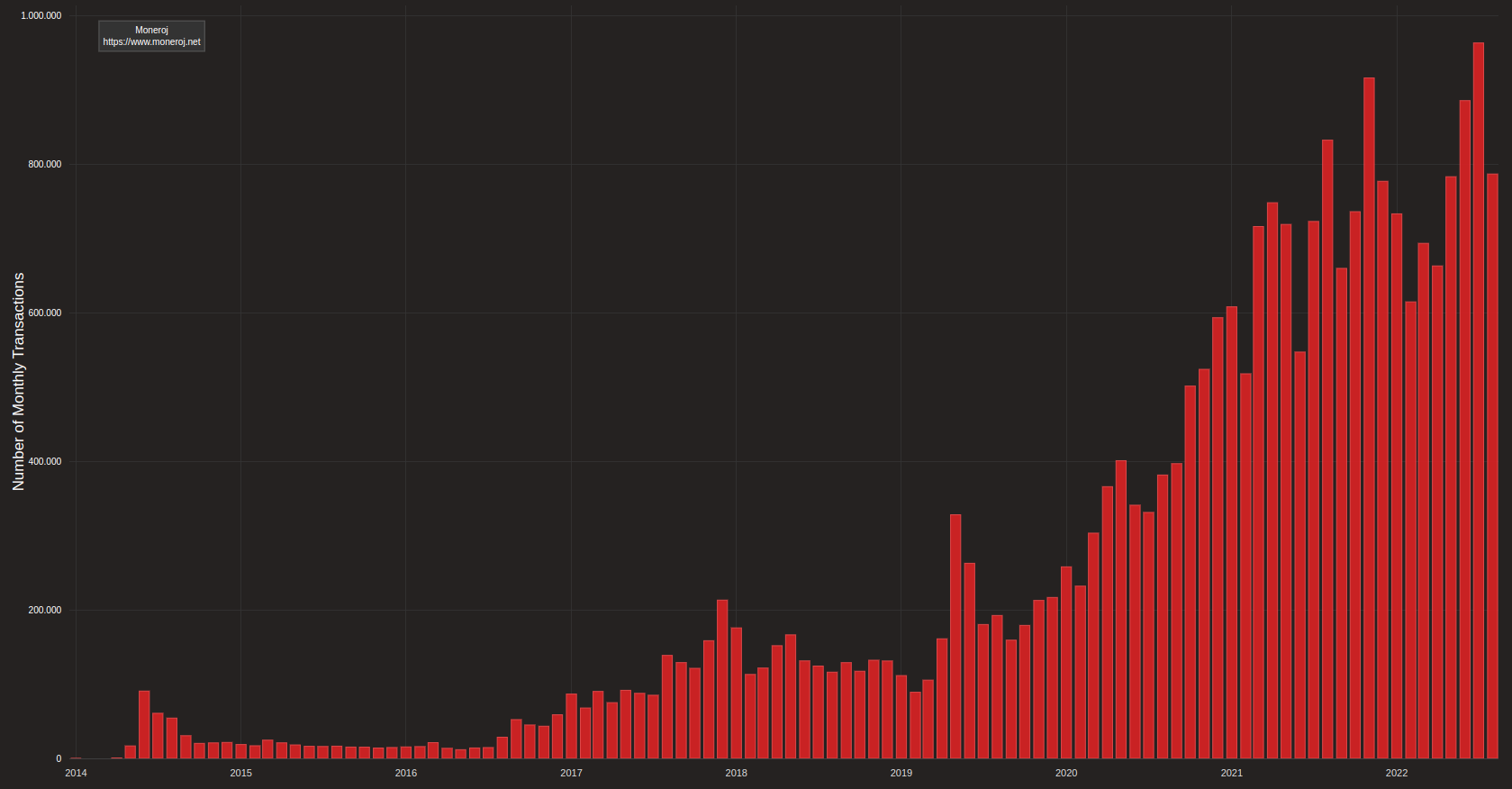 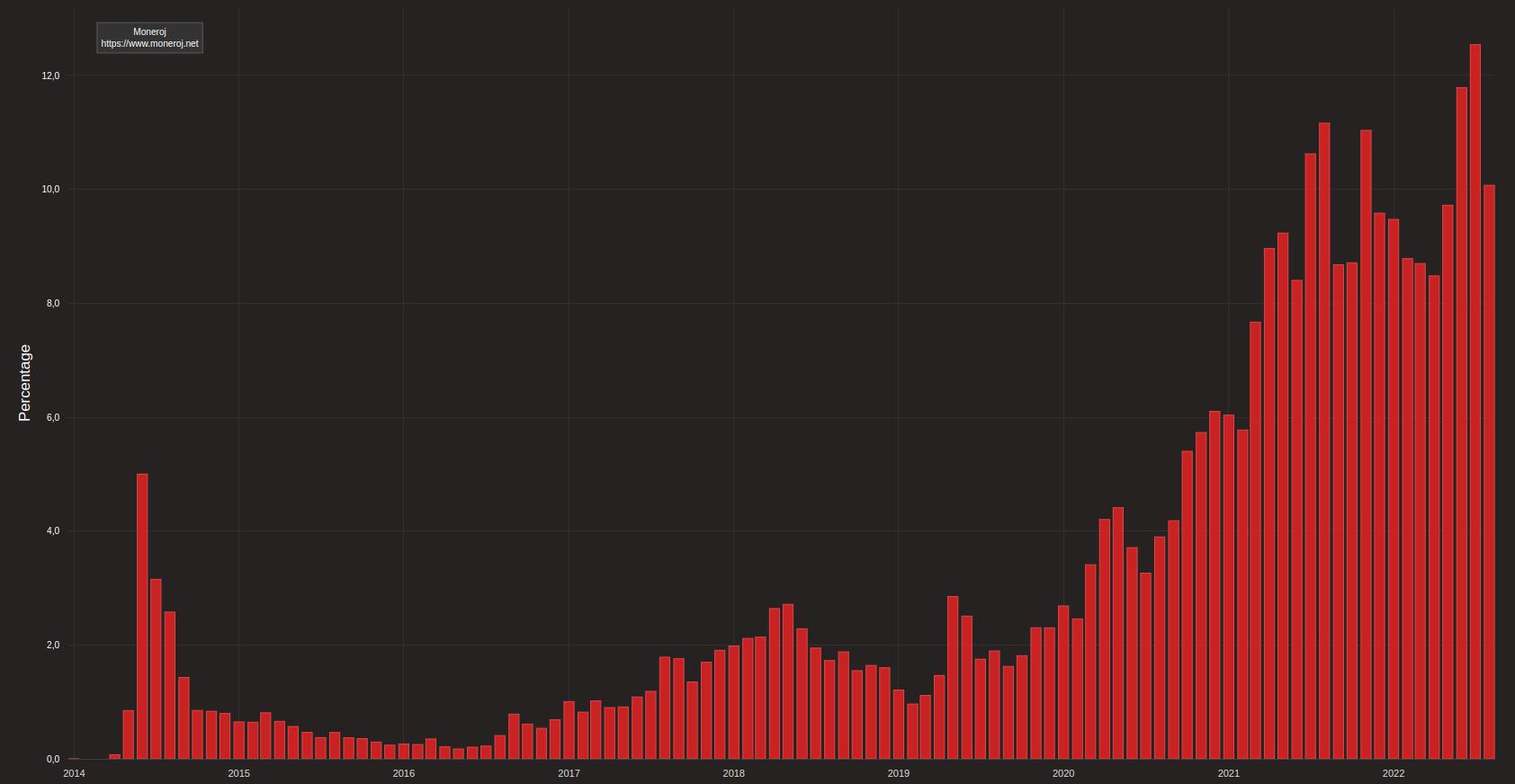 Despite the hard fork messing the total number of transactions, this month Monero still had 786766 transactions, which is higher than the numbers we were seeing at the beginning of the year. As a percentage of Bitcoin's transactions, Monero had 10%.